The gates open for the 2020 International rally on Thursday morning, so once you get through registration, find your friends and a spot to settle into, then take a deep breath, a look around to get your directions and go!

There is a lot to do each day of the rally including seminars to attend, vendor booths to spend your money, area tours to take and of course, beautiful BMW motorcycles from all over the world to look at. But when the evening rolls around, it’s time to find your way to where all the action is. Rally Central this year will be a beautiful grassy field with large trees out under the big Montana sky, with the entertainment stage right across from the beer garden. 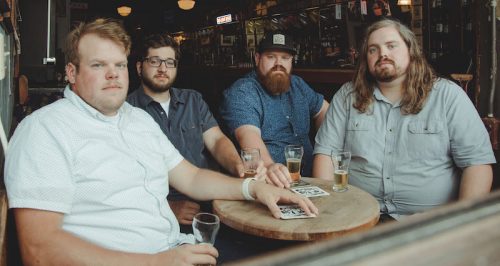 Thursday’s entertainment starts at 7 p.m. with Them Coulee Boys. Allegedly founded at a bible camp and born in the back valleys of Western Wisconsin, Them Coulee Boys craft a brand of Americana that blends punk, bluegrass and rock and roll. Somewhere underneath the energy, the exuberance, the wit and the passion of Them Coulee Boys lies a heart. It’s a heart filled with sincerity, honesty and the will to make the world a better place.

Their heart is not only evident in every song, but also in Them Coulee Boys as a whole. Their songs are meant for dancing and excitement, but are also for thought and for the quiet moments. Them Coulee Boys seek to balance the high with the low, the happy with the sad, and the love with pain. It’s how we live our lives, and they make music that reflects that.

Founded in late 2013, Them Coulee Boys have quickly become a force on the Midwestern music scene. Soren Staff, Beau Janke, Jens Staff, Neil Krause, and Patrick Phalen IV work together as a well-oiled, alt-folk machine to craft songs and live shows that have impressed audiences nationwide. 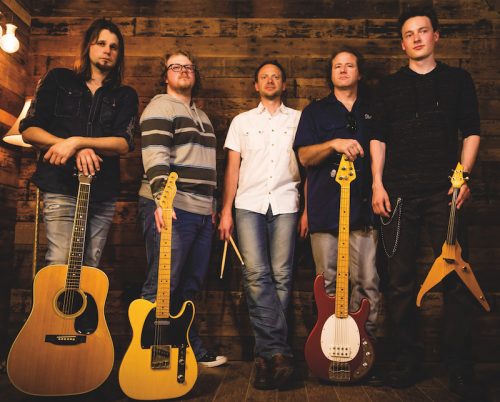 Then, at 9 p.m., Marshall Catch takes the stage. From nearby Flathead Valley, Montana, Marshall Catch have been making music together since 2010. When lead singer and frontman Luke Lautaret, whose dichotomous role as both a Minister of Music at a local congregation and an apparent heretic (at the same local congregation) came to a head, he was forced to give up that particular career in exchange for saner enterprises, which ironically included being in a rock band.

The son of a pastor and raised with a flair for joining words and concepts into emotive and impactful narratives, Luke turned his newfound infamy in local religious circles as a chance to flip over a new leaf and pursue his lifelong dream of being a rock star allowed to sing about being in love with someone who wasn't Jesus.

The band released their first album Ad Meliora in early 2011, and in 2012, the band released the EP Make Noise, which garnered the radio singles "More Than Myself" and the duet "These Times," achingly sung with Lautaret's sister Rachel about the latter's home being foreclosed upon in the housing bust of 2008.

Now in their sixth year on the road, Marshall Catch hits the stage with a powerful live show, melding the poignant songwriting of Cat Stevens with the guitar-driven sounds of Collective Soul. Their harmonies lend a nod to early Eagles records and riff-rock anthems that channel the feel-good bands of LA's Sunset Strip of the 1980s.

Friday night is all-out rock and roll! Whatever you do during the day, make sure you save some energy because beginning at 7p.m., the next two acts are going to blow you away and have you on your feet all night. 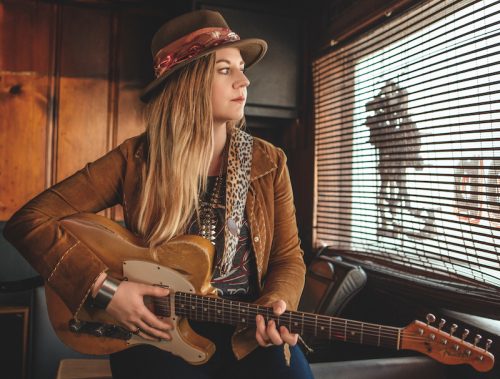 With six albums, Joanne Shaw Taylor has nothing to prove, but plenty to say. Reckless Heart, the follow-up to 2016’s Top 20 hit Wild, finds the British blues musician in glorious form and a mischievous mood, one minute bearing her claws with catty lyrics, the next deliriously in love. In several senses, it’s an album of firsts: the first made in Joanne’s adopted home town of Detroit, the first produced by her close friend Al Sutton (Greta Van Fleet, Kid Rock), the first largely recorded live, and the first to feature an unplugged solo performance and by chance, a passing train.

Discovered at age 16 by Eurythmics co-founder Dave Stewart, Joanne has spent a decade releasing increasingly successful albums, touring the world, headlining festivals and amassing awards. Along the way, she has won over fans from Joe Bonamassa to Stevie Wonder to Annie Lennox, with whom she performed in front of Buckingham Palace for the Queen’s Diamond Jubilee concert in 2012.

In 2014, Joanne’s self-released, fourth album, The Dirty Truth, broke the UK top 40. Two years later, Wild, recorded with Bonamassa’s band, became her first Top 20 hit. No guitar pedals were used in the making of Reckless Heart. It was straight into amps for a simple, raw sound that encouraged Joanne to be ever more open in her songwriting. The loose, late ‘60s recordings of Jeff Beck and Rod Stewart became touchstones to her.

“A big difference with Reckless Heart is that I’m revealing more of my soul influences,” says Joanne. “I’m a blues guitarist, but I’ve always considered myself a soul singer.”

Joanne and her band are touring across America this summer and through the quick thinking of your Rally Chairs Corey and Becky Smith, we are fortunate to have them with us. 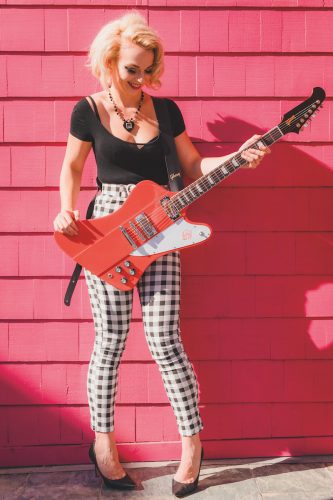 Samantha Fish grew up in Kansas City, Missouri, playing drums, but at 15 switched to the guitar and frequently visited the Knuckleheads Saloon to hear touring Blues artists. Once 18, she often joined the singers and bands who were performing at Knuckleheads.

Fish produced and recorded her first album, Live Bait, in 2009, which led her to touring with the Samantha Fish Band featuring "Go-Go Ray" Pollard on drums and Chris Alexander on bass, playing across Europe and the United States. In 2011, Fish recorded Runaway with the help of her mentor Mike Zito. The album won the 2012 Blues Music Award for “Best New Artist.” In 2013, Fish released her second major studio album, Black Wind Howlin', featuring Mike Zito on guitar, Yonrico Scott on drums, Johnny Sansone on harmonica and Paul Thorn for a vocal duet on one of the tracks.

Fish's third studio album, Wild Heart, released in 2015 is more roots-rock than her earlier blues-rock. Fish wrote five songs on the record and co-wrote five other songs with Jim McCormick in Nashville, Tennessee. Luther Dickinson produced the album, as well as playing various stringed instruments (guitar, bass, mandolin, lap steel) to flesh out the sound. Fish’s next solo album, Chills & Fever, was released in March of 2017 and was recorded in Detroit with members of the band The Detroit Cobras. Bobby Harlow produced the album. Fish’s album, Belle of the West followed in December 2017.

Fish released her sixth solo album, Kill or Be Kind, just last September on her new label, Rounder Records. She has been touring extensively in support of this latest album.

Anyone who has ever heard any of her previous albums knows that Fish has earned a place in the upper echelon of contemporary blues guitarists and that her voice can wring the soul out of a ballad and belt out a rocker with roof-shaking force. Those virtues are fully evidenced on Kill or Be Kind. But each of the songs on the album does far more than simply provide a setting for Fish’s pyrotechnics, they tell captivating stories, set up by verses that deftly set the scene, choruses that lift with real feeling, and hooks that later rise up in your thoughts, even when you’re not aware that you’re thinking of music at all. It’s the kind of songwriting that emerges when raw talent is leavened by experience and aspiration and when a committed artist genuinely has something to say. Those qualities make Kill or Be Kind a genuine artistic breakthrough for Fish. 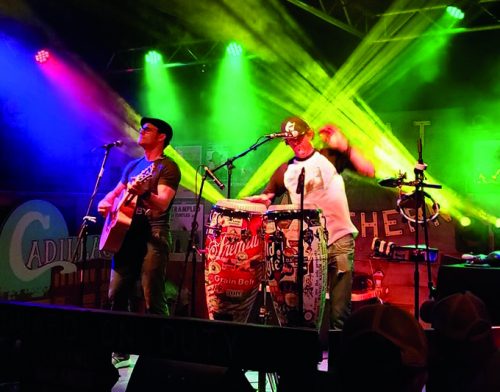 Saturday is a full day of fun and culminates with Closing Ceremonies set to begin at 6 p.m. For everyone that did not win the Rally’s grand prize, make your way to Rally Central again because we are bringing back the best half of a band we had in Billings back in 2015, The Clintons. For most people, the image of an “acoustic duo” conjures images of two soft-spoken musicians singing folk songs around a campfire. This is not the case with El Wencho. Two of the original members of The Clintons, John and Josh, joke, “We’re half the band, twice the party.” The guys have played over 2,000 shows together and are no strangers to throwing a rocking party. 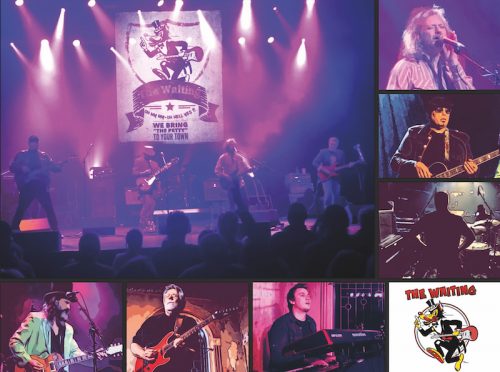 We then end Saturday night’s party with a good time show for sure! The Waiting is a roadhouse rock and roll band from Bozeman, Montana, celebrating the music of Tom Petty. While not exactly a cover or tribute band, The Waiting is–in the spirit of The Heartbreakers–first and foremost a BAND: a motley mix of musicians and friends interpreting the songs of one of rock’s greatest legends.

The band’s motto is “We bring the Petty to your town,” and since 2013 they’ve been doing exactly that all across the Treasure State. Whether it’s one of Tom Petty’s smash hits with the Heartbreakers, a sampling from his solo albums, or even a collaboration with the Traveling Wilburys, The Waiting runs the gamut, performing each tune with undeniable, fiery live energy and a devotion to showing each person in the crowd a damn good time. A great way to end the weekend!