Take a trip with me in my Wayback Machine to 1972 where we find ourselves in the parking lot of our local BMW motorcycle dealer. As we walk in, to our left and right we see an array of shiny new Slash 5 BMWs. Going beyond the traditional black, white and silver, there are also several exciting new colors this year, and the one that catches your eye is a beautiful Monza Blue R 75/5! 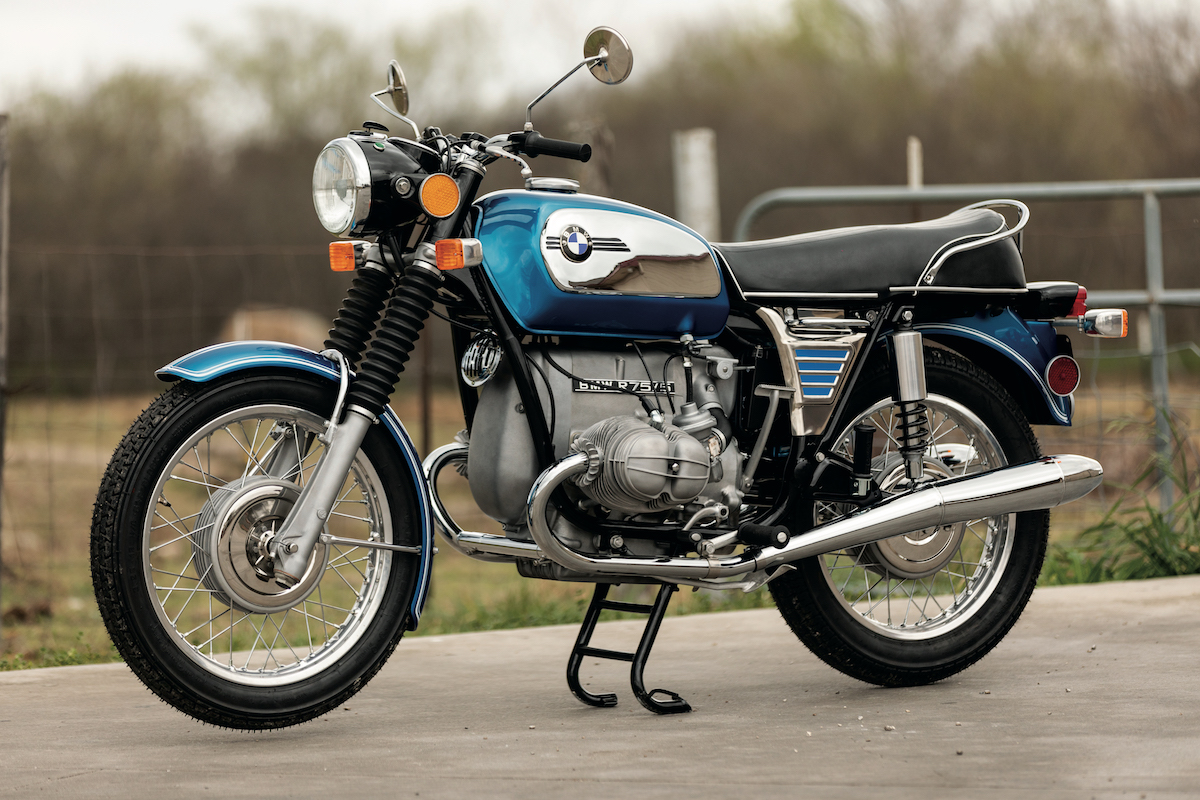 You run your hands over the perfect paint, along the chrome tank side panels and back across the seat as you inhale the intoxicating perfume of new metal and rubber. Then you throw a leg over and settle down into a slight crouch with feet on the pegs and hands on the bars. You easily imagine the unobstructed view of endless miles of open highways spooling out before you!  Your only problem is how to get that fabulous machine into the Wayback Machine and back to 2022.

Well, the BMW MOA is giving you a second chance with the opportunity to win the stunning Monza Blue R 75/5 Grand Prize Bike you see in the accompanying photos at our 50th Anniversary Wander Farther National Rally in Springfield, Missouri, this June.  Meticulously restored by Mikey Orloff of Martindale Motorcycle Works in Redwood, Texas, it’s 1972 all over again!

We chose this bike specifically to help celebrate the 50th Anniversary of the 1972 founding of the BMW Motorcycle Owners of America. Not only was the Slash 5 series THE new BMW you would have purchased then, but many believe its great popularity was a major force behind the rapid growth of BMW motorcycle clubs in North America and also the creation of the BMW MOA. 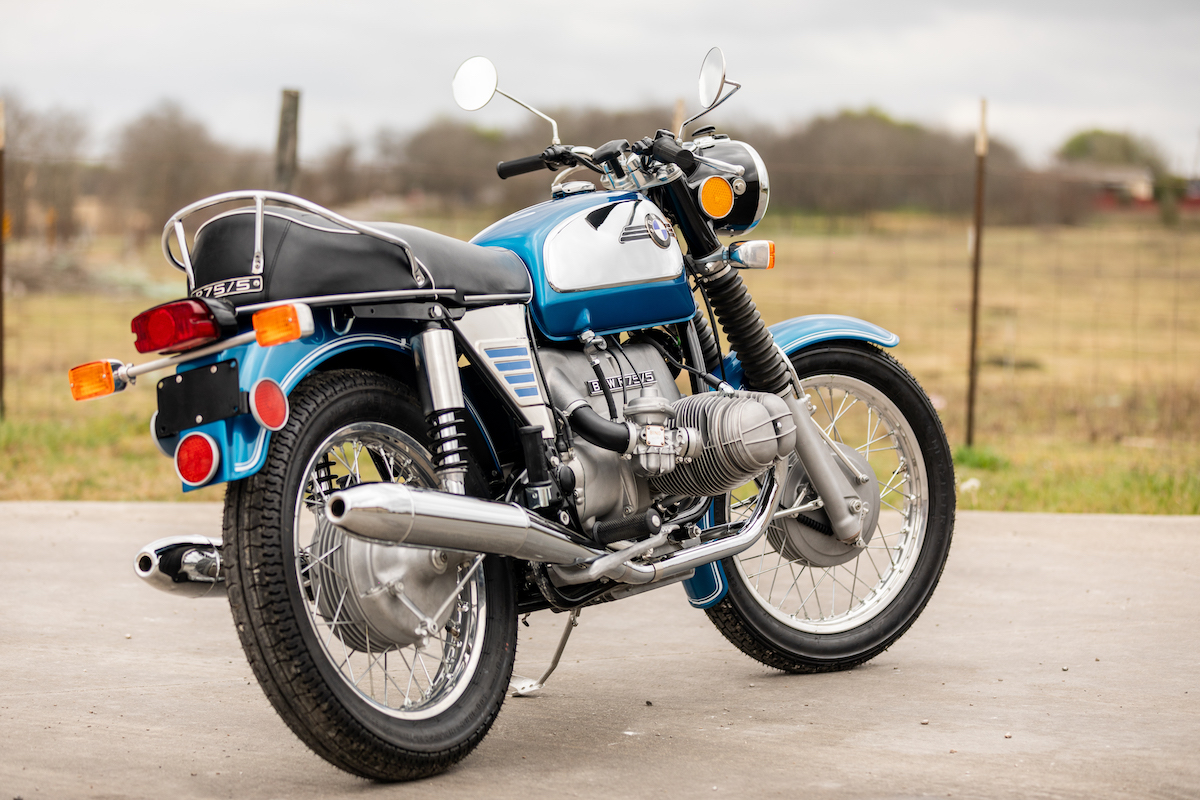 If you already have your own Slash 5, we ask you to bring it to Springfield for the Celebration of the Slash 5! We’re hoping to get so many Slash 5s on the rally grounds that rally goers will think it is 1972. Further, we want you and your bike to participate in the largest Slash 5 group photo ever done. We also hope you enter your bike into a special Slash 5 section of the People’s Choice Bike Show. On top of that, there will also be special seminars on the development of the Slash 5 series offered by a representative from the BMW Archive. For more details, check out the Celebration of the Slash 5 section.

There are things we miss out on because of chance and timing. Many of you never had a shot at a new Slash 5, but in the BMW MOA we believe in second chances. Don’t miss out this time; plan on coming to Springfield in June to help the MOA celebrate our 50th Anniversary. Who knows, you may just win this bike! 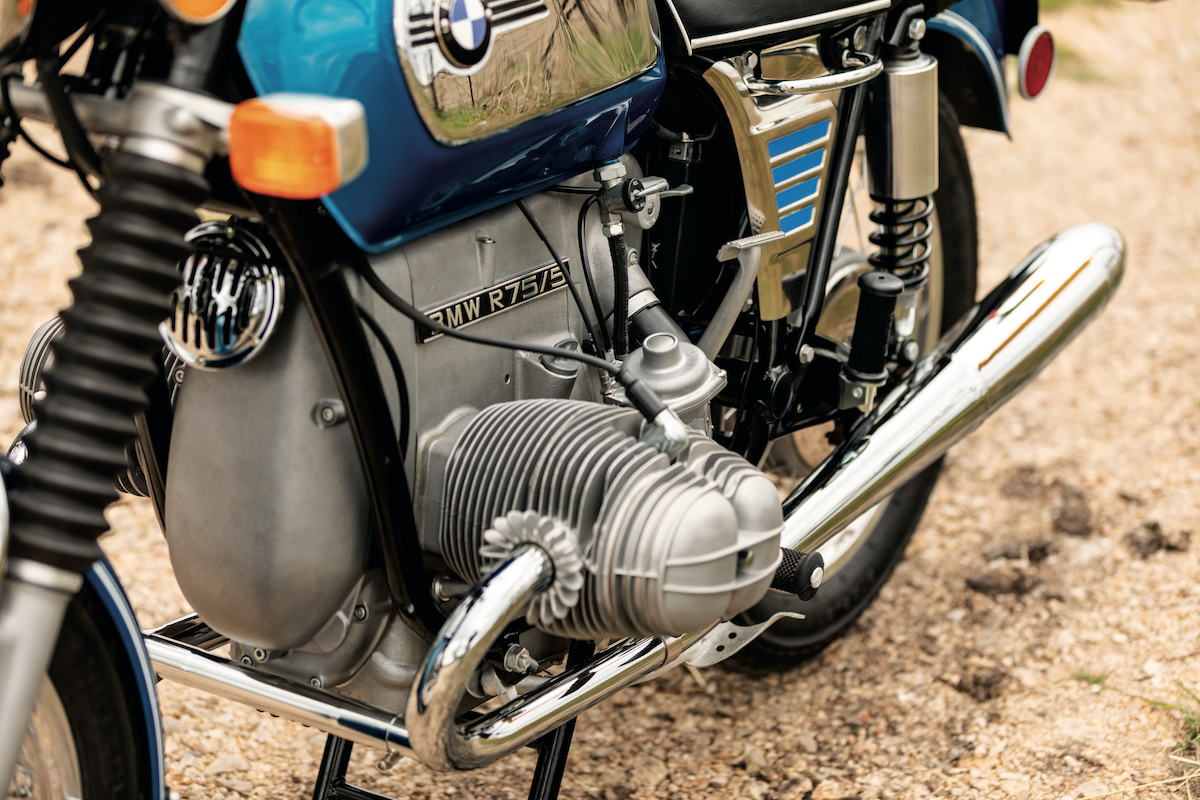