Like every rally-goer, 2020 was a tough year. After the 2020 National Rally was cancelled, I had my fingers crossed that the 2021 event was a go! Pandemic rules made it a wee bit more difficult for us Canadians to attend but luckily for me, my 2007 GSA was already in the States. After I flew down to Seattle and picked it up, my wife Kristy met me at the airport, and the ride was on!

Soon, we were on Highway 2, enjoying a stunning ride through the Cascade Mountains on our way to Great Falls, Montana. The next morning, after a night in Colville, Washington, we woke up to another beautiful day. After filling up the bike, my starter decided to call it quits, so I had to jump-start the bike and then get to West Side Motorsports in Spokane to get it sorted.

About five miles outside of Colville, the bike started to shudder violently, and I lost the ability to steer resulting in our veering across the oncoming lane and skidding to a stop on the opposite shoulder. I initially thought I had blown out the back tire, but the bike was sitting about eight inches lower than before. A quick look down at the rear differential showed the issue–it had snapped in half with the only thing holding the back tire on, other than the brake caliper, was the weight of the riders. 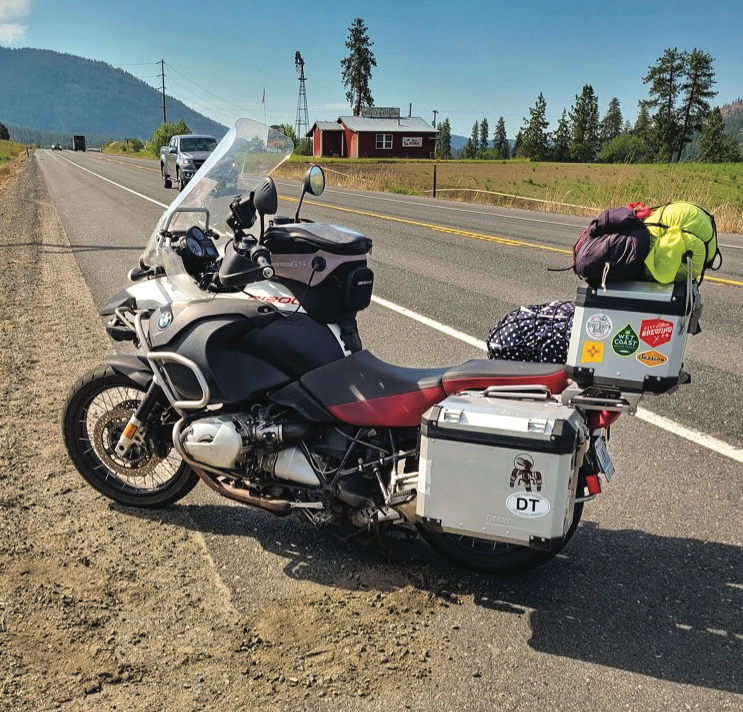 A Washington Department of Highways truck happened to be following us and came running across the road to help. These great guys helped me pull the bike further onto the shoulder and gave me a block to hold it up as I couldn’t get it on the center stand. They also called a State Trooper who came to check on us and give us some water, which was very nice.

While waiting for the tow truck, a gentleman by the name of Justin Hill of Endless Summer Motorcycle Rentals stopped by to help. Justin initially thought I had a blowout as well and offered me a spare tire he had in his car. Upon further inspection, he realized I had bigger issues but also offered to rent me a motorcycle! I took his card as the tow truck arrived and after a bit of cussing by the driver, we managed to load the motorcycle and head to West Side Motorsports.

We arrived in Spokane in the late morning and the shop wasted no time assessing that the bike was a write-off. Just as I was contemplating my next move, Justin Hill walked in with a tire in his hand and I told Justin I'd take that rental bike he offered. But what to do with the broken GSA?

Out comes the trusty BMW Owners Anonymous book. The first number I called was a fantastic fella by the name of Angelo Ferraro #92487. Angelo said he could be there in about an hour as he had to collect a trailer. Sure enough, an hour later he showed up, and the shop boys helped load the broken bike onto the trailer. Angelo really was an Angel as he drove us back to his house, stored the bike and drove us to Justin’s house to pick up the rental bike.

All loaded up again, we still made it to our hotel reservation in Sandpoint, Idaho, by mid-evening. The next morning was again beautiful, and we took the rented 2018 GS 1200 into Great Falls along a stunning route where we met our friends at the rally. After telling them the story, they were quite amazed.

While at the Rally, my friend Herb Hummer called me excitedly to tell me that I won a motorcycle in the MOA Foundation’s SuperStakes drawing, for which I had bought a ticket back in March.

Naturally, I didn’t believe him and headed over to the Main Arena where I found Herb and soon met Ted Moyer of the Foundation. Sure enough, I won a 2021 40th Anniversary F 850 GS black and yellow motorcycle! 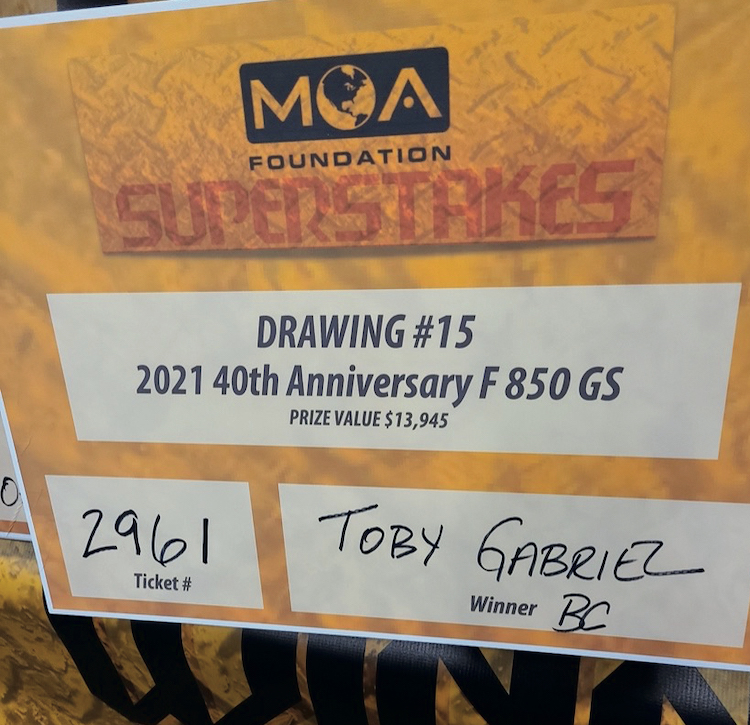 I told Ted if anybody needed a motorcycle, it was me! Well, me being me, an F 850 GS wasn’t the bike I wanted. So, I struck a deal with Pro Caliber Motorsports of Vancouver, Washington, on a 2021 Triple Black R 1250 GSA.

Two days before I was to travel to Vancouver and make the trade, I crashed my mountain bike on the way to work at about 4 a.m. and broke two ribs! Finally, two days later I flew to Portland where my wife picked me up, and I retrieved the F 850 GS and rode it up to Vancouver, with my two broken ribs.

We finally made the transaction, and I got my 2021 Triple Black R 1250 GSA. We promptly left it for a week as we had a wedding to go to where I could heal a bit. A week later, we got the bike, and we put a quick 4,000 miles on it tearing around Oregon and the coast.

What a beautiful wife and bike, and what an adventure! 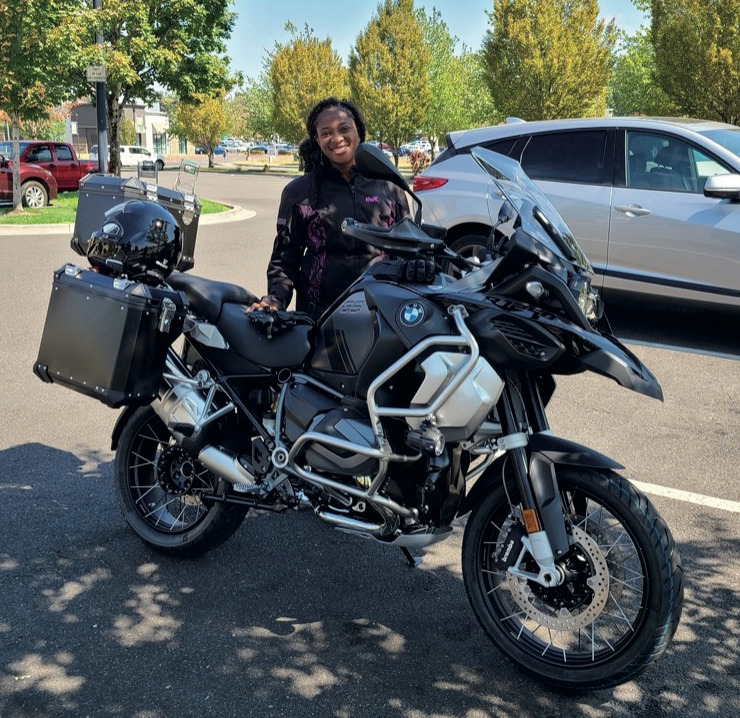