Das Rally in Hamburg, New York, was so close to home – only 220 miles, give or take – that I decided to ride my bike to the Pittsburgh, Pennsylvania, area earlier in the week for work. By mid-week, I made my way to the rally through northern Pennsylvania. It turned out to be a really cool ride. Being an amateur photographer, I shot one of my favorite pictures of my motorcycle. You know how we are about pictures of our motorcycles, we really can never take enough of them. Back then it was a 2014 K 1600 GTL. Man, I loved that bike!

I found an old, abandoned gas station with two old cars parked in front. With the old cars, I assumed this was private property – plus there was no clear access drive from the street to the gas pumps. I parked on the road and started knocking on doors. The guy across the road knew the owner; when I told him I wanted permission to ride my bike to the pumps for a picture, he assured me the owner would be fine with it. He said the owner was out of town and he promised to tell him I asked.

I was all set, but I still had to navigate some not so nice terrain from the street to the gas pumps for this big photo op! Man, this was almost a mistake! See, I’m not the strongest guy, and rolling the big K bike with all the extra weight of my stuff through this not so nice terrain made me a bit scared to ride over it for fear of dropping the darn thing. As a side note, I’m also a fan of Jack Reacher, a character in a series of books written by Lee Child, so I thought about what Jack would do in this situation. After much thought I simply went for it! Yahoo – mission accomplished! 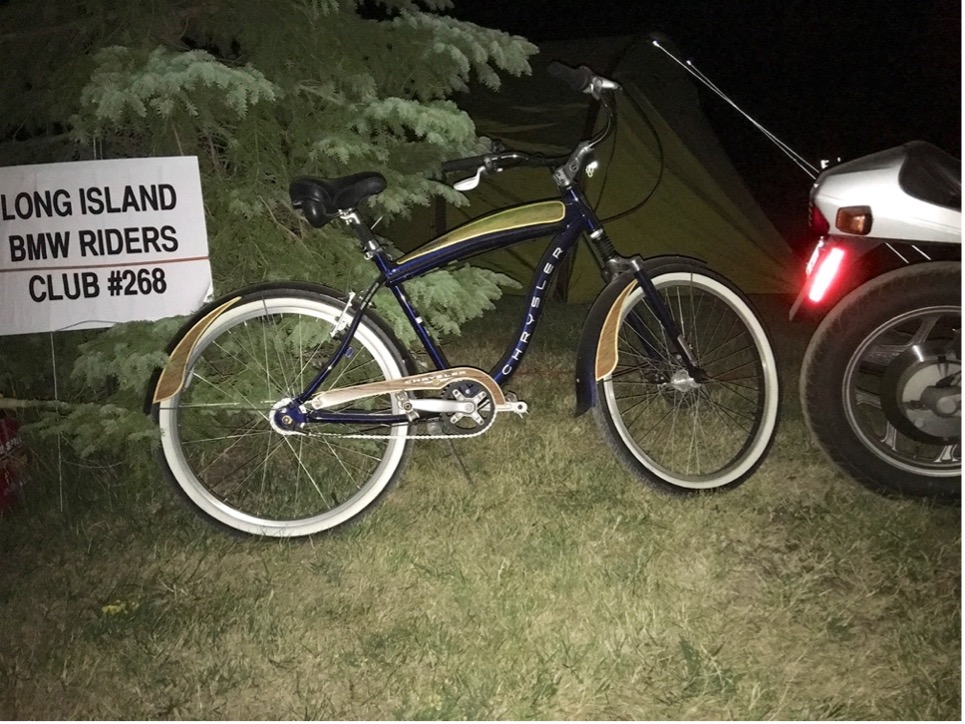 The ride from this photo shoot to Hamburg was a simple bonus for the day. Beautiful weather, awesome roads and I arrived early enough to take my time setting up camp. As a matter of fact, I quite enjoyed finally setting up the tent with all its features the right way. It’s a good thing I did, since later that week we had severe winds resulting in many – and I mean many – camp sites sustain damage. The tie-down system on the RedVerz tent did wonders. The sides of my tent literally blew in so much they made contact with me in my sleeping bag, startling me. When I woke up to go outside all was secure; the wind didn’t pull one stake or tie-down!

The next lifetime memory I experienced was meeting and become fast friends with the Long Island BMW Riders Club (LIBMWRC). 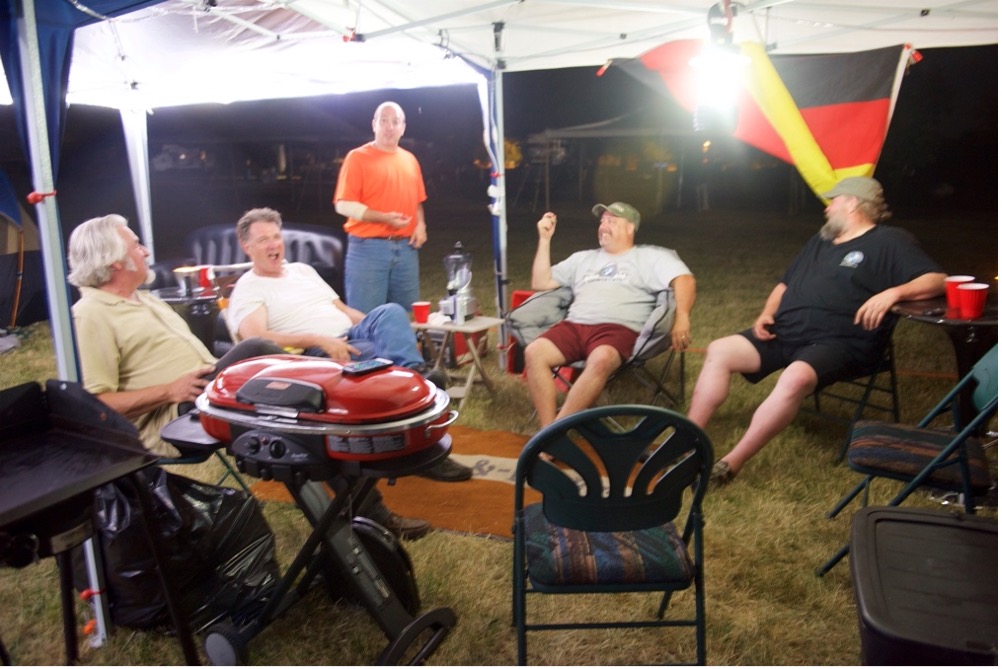 Besides their tents, they set up a living room, kitchen, bar and family room. I saw the setup and just had to hang with them. I invited myself in as I walked over with my chair, camera and a couple bottles of cheer. Of course, they welcomed me, they wouldn’t dare turn a fellow Long Islander away. We had a blast and I’ve been buddies with them since. We took a trip together from Long Island to the Iron Horse Motorcycle Lodge in Robbinsville, North Carolina, a couple of years later! I’m a proud member of the LIBMRC since meeting them at the Rally in Hamburg.